People receive food from the ACT Alliance on April 7, 2017, in Rumading, a village in South Sudan's Lol State where more than 5,000 people, displaced by drought and conflict, remain in limbo. In early 2017, they set out walking for Sudan, seeking better conditions, but were stopped from crossing the border. They remain camped out under the trees at Rumading, eating wild leaves as the rainy season approaches.

In early April, Norwegian Church Aid, a member of the ACT Alliance, began drilling a well in the informal settlement and distributed sorghum, beans and cooking oil to the most vulnerable families. The man, a resident of a nearby community who will receives a handful of food for his work, carries a 100 kilogram bag of sorghum that will be divided between several vulnerable families.

The ACT Alliance is carrying out the emergency assistance in coordination with government officials and the local Catholic parish. 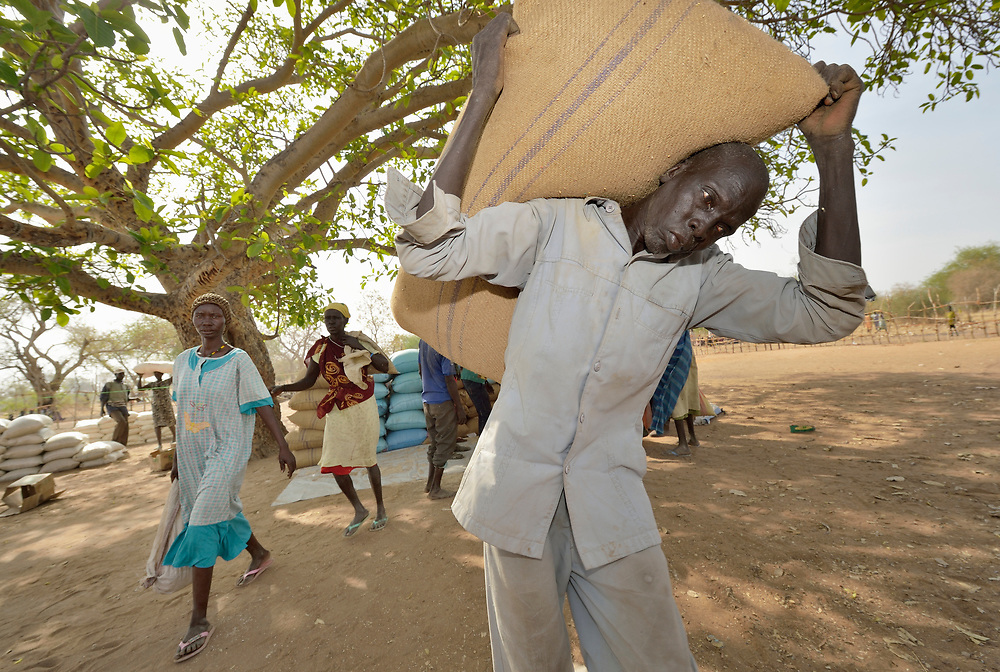