Father Emanuel Youkhana photographs houses that once belonged to Christian families in Mosul, Iraq, on January 27, 2017. During the Islamic State group occupation of the city, which began in 2014, Christian properties were awarded to Muslim families. Although this portion of the city was liberated in early 2017, Christians are unlikely to return soon due to concerns about their security in the Sunni community. 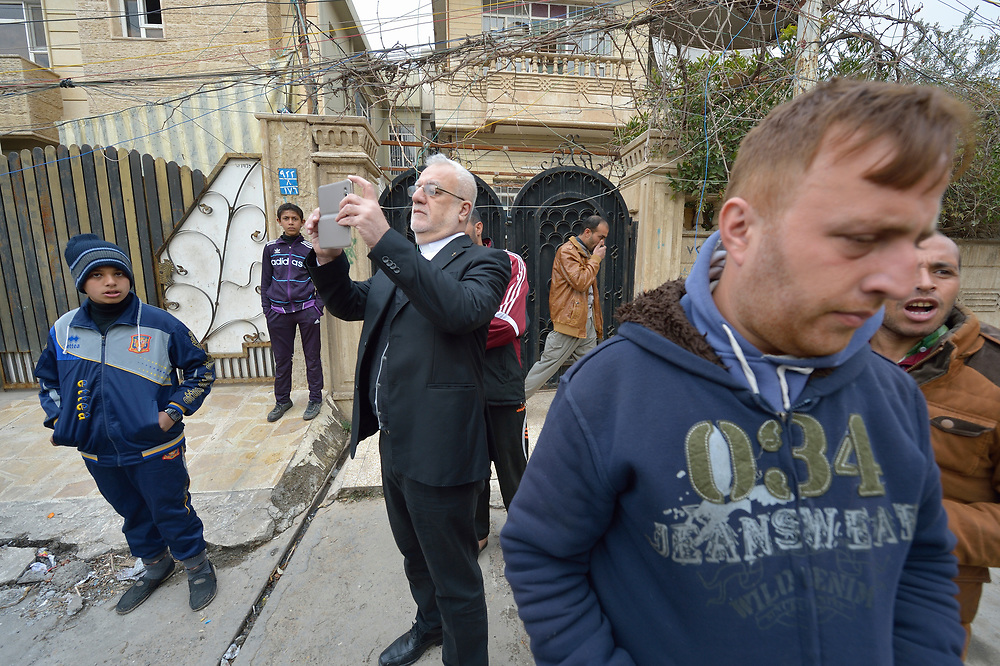