21 June 2018, Geneva, Switzerland: Preceding an Ecumenical Encounter between Pope Francis and the World Council of Churches, Pope Francis greets a delegation to the WCC from North Korea and South Korea. Here, Chairman Rev. Kang Myong Chol from the Korean Christian Federation of the Democratic People's Republic of Korea (mid-right). On 21 June 2018, the World Council of Churches receives a visit from Pope Francis of the Roman Catholic Church. Held under the theme of “Ecumenical Pilgrimage - Walking, Praying and Working Together”, the landmark visit is a centrepiece of the ecumenical commemoration of the WCC's 70th anniversary. The visit is only the third by a pope, and the first time that such an occasion was dedicated to visiting the WCC. 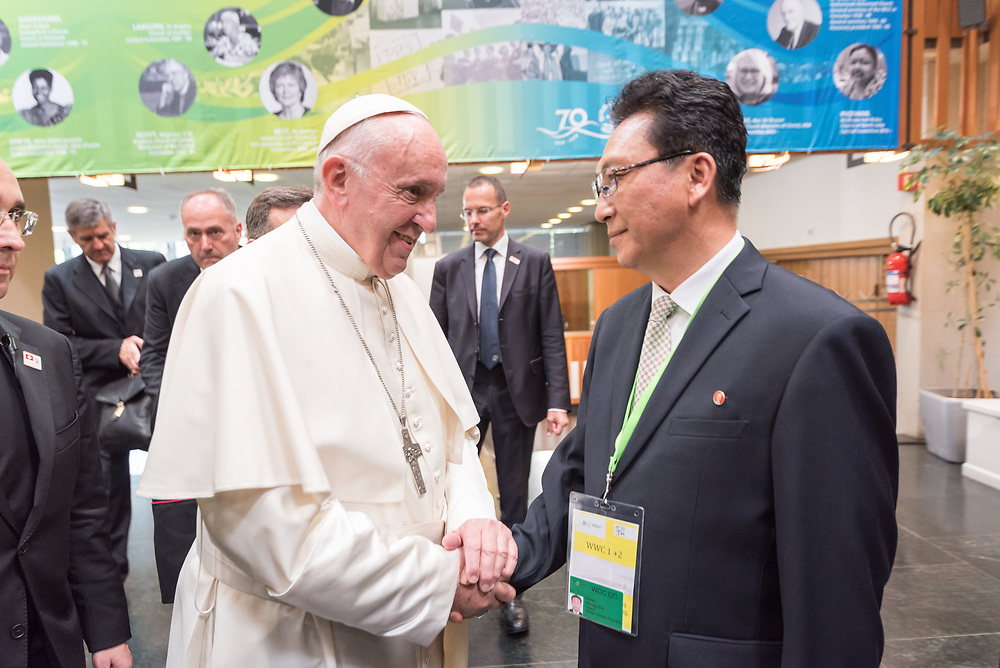