Fadimoutou Dicko (left), along with Ghaichatou Dicko, prepares food for children at a school in Timbuktu, a city in northern Mali which was seized by Islamist fighters in 2012 and then liberated by French and Malian soldiers in early 2013. During the jihadi occupation, schools were first closed but then allowed to reopen only if boys and girls were strictly separated. The ACT Alliance has provided this group of women with cereal grains, oil and salt to help them provide nutritious food for the children. 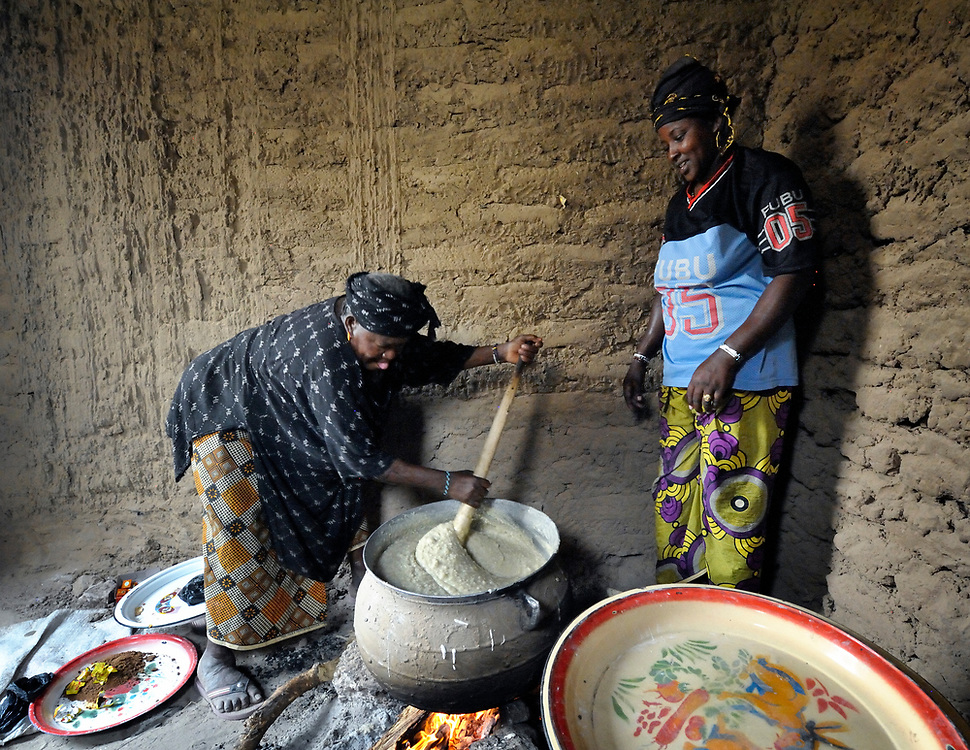