Father Raimundo Rocha celebrates Catholic Mass held in a camp for internally displaced families located inside a United Nations base in Juba, South Sudan. The camp holds Nuer families who took refuge there in December 2013 after a political dispute within the country's ruling party quickly fractured the young nation along ethnic and tribal lines. Father Rocha, a Comboni priest from Brazil, was parish priest in Leer and had to flee into the bush for weeks with his people after armed parties attacked the town. The shipping containers behind the alter are there to provide protection from gunfire directed into the camp. 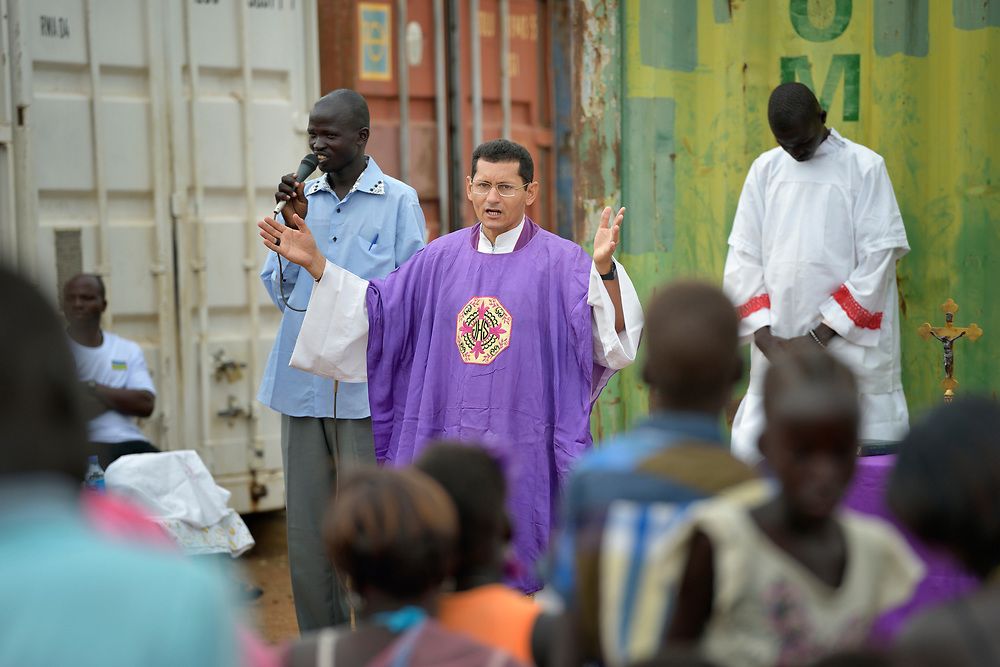