As the worried mother looks on, nurse Asma El Shami weighs a child in the pediatric department of the Al Ahli Arab Hospital in Gaza City. The Anglican Church-affiliated hospital is a member of the ACT Alliance.

The 2014 war provoked serious damage to Gaza's health infrastructure. Seventeen hospitals, 56 primary health care facilities and 45 ambulances were damaged or destroyed. Sixteen health care workers were killed and 83, most of them ambulance drivers and volunteers, were injured. 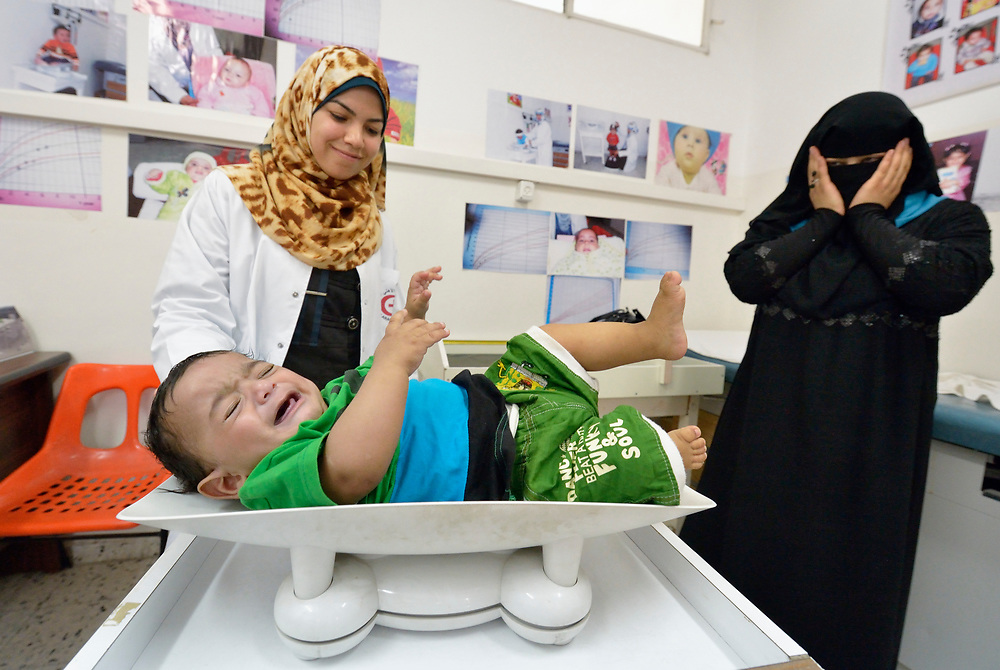