A protester offers a flower to a police officer on International Human Rights Day, when informal sector workers, including domestic workers and tuk-tuk drivers, attempted to protest in Phnom Penh on December 10, 2012. They were calling for the Cambodian government to ratify ILO Convention 189 guaranteeing the rights of domestic workers, and planned to take their request to the prime minister's office, but police stopped them far short of their goal. Protesters called for police pay to be increased, and offered water and flowers to the police who were blocking their passage. 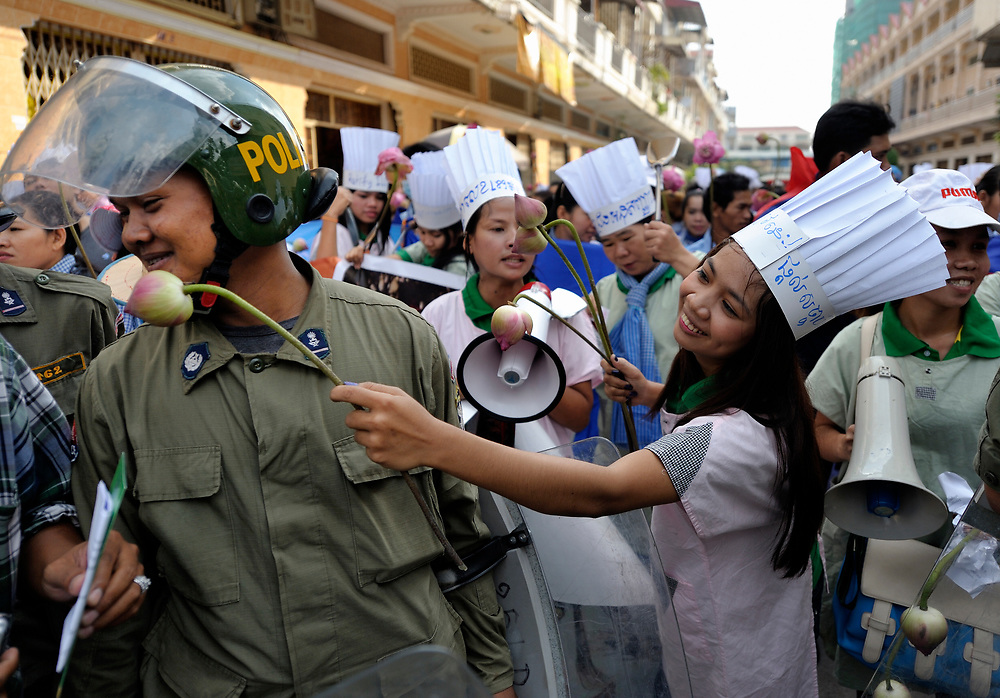