9 December 2017, Oslo, Norway: In the Trinity Church in Oslo, Norway on 9 December, the World Council of Churches and the Church of Norway hosted an ecumenical prayer service on the occasion of the Nobel Peace Prize ceremony. Oslo hosts the Nobel Peace Prize award ceremony on 9-10 December 2017. The prize in 2017 goes to the International Campaign to Abolish Nuclear Weapons (ICAN), for "its work to draw attention to the catastrophic humanitarian consequences of any use of nuclear weapons and for its ground-breaking efforts to achieve a treaty-based prohibition of such weapons". Here, ICAN supporter Sara Nes from Oslo, member of "No to Nuclear Weapons" in Norway, to the right, and her friend Wassim Rustom from Lebanon to the left. "Nuclear weapons do not create security. On the contrary. We have two choices. Either we end nuclear weapons, or they end us. It's as simple as that," says Sara Nes. 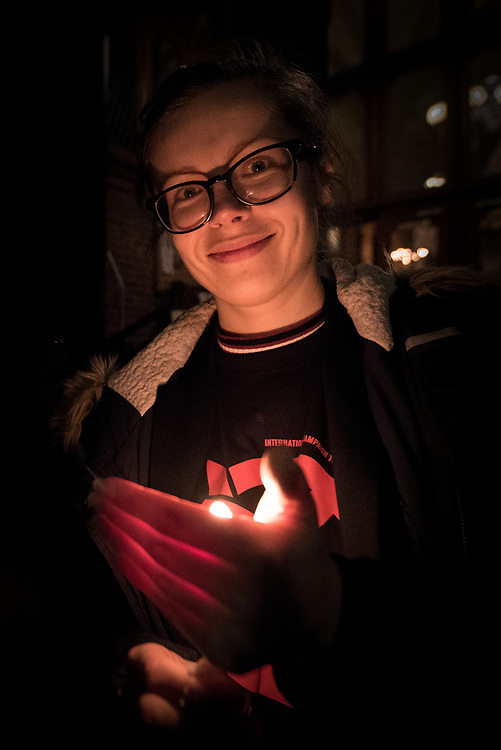