Amani Abu Sakran holds her 5-month old son Abdul as she talks with Boduor El Hellow, a counselor at a clinic in Shejaiya, a neighborhood of Gaza City that was hard hit by the Israeli military during the 2014 war. The clinic is run by the Department of Service for Palestinian Refugees of the Near East Council of Churches, a member of the ACT Alliance, and funded in part by the Pontifical Mission for Palestine. This clinic has twice been destroyed by Israeli air strikes, but each time has been rebuilt by DSPR. 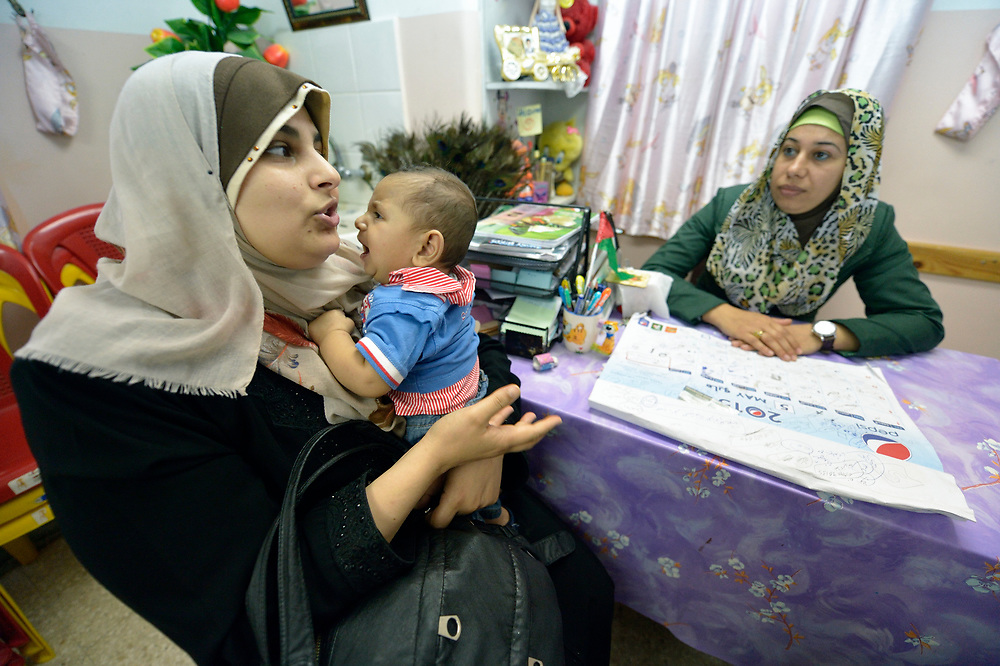