Newly arrived people sleep on the ground in an internally displaced persons camp in Manangui, South Sudan. Families started arriving here shortly after fighting broke out in December 2013, and new arrivals continued to appear three months later as fighting drug on. Many, like these people, are living in the open and under trees. The ACT Alliance is providing the displaced families and the host communities affected by their presence with a variety of support. 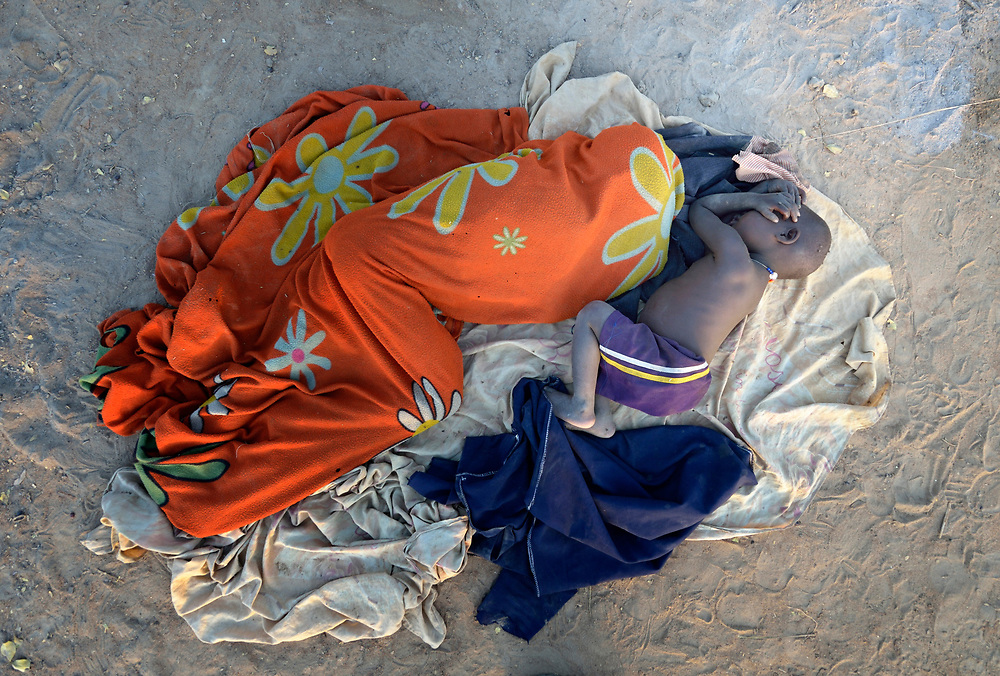