17 June 2018, Bogis-Bossey, Switzerland: Representatives of churches worldwide gathered at the World Council of Churches Ecumenical Institute at Château de Bossey on 17 June, for a celebration to mark the 70th anniversary of the World Council of Churches. Taking place in connection with the WCC Central Committee meeting on 15-21 June, the event saw participation from a delegation from North Korea, as well as South Korea. At the end of the celebrations, North and South Koreans sang together the song "Arirang", a more than 600 year-old Korean folk song, by many considered as the unofficial national anthem of Korea. "The song is about love, about knowing that if you love me so much, even if you may go far away, we know that you will always come back, so we can be together as one, again," explained one of the South Koreans. 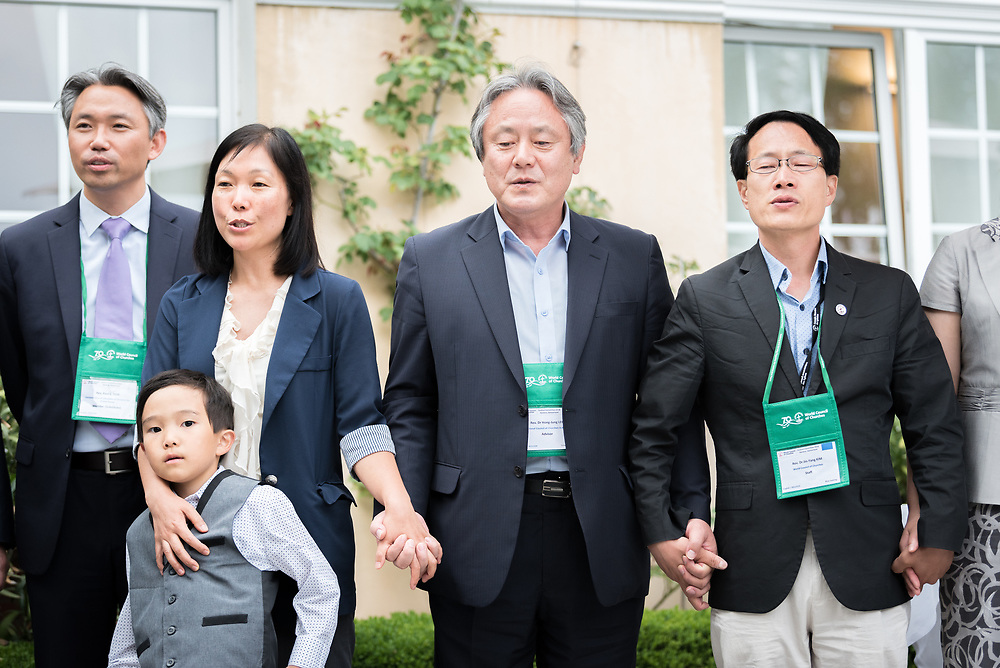