Salha Mugat earned a living with her sewing machine until an Israeli rocket crashed into her house in December 2009, destroying her equipment and severely damaging her house. With a $4,500 grant from the YMCA, a member of the ACT Alliance, she has reestablished herself in business with three new machines, an electric generator, and a stockpile of cloth. Her husband Samir used to support the family with a job working in citrus groves in Israel, until the Israeli government sealed off the Gaza Strip. During that time, he was injured in the eye when a Palestinian rocket, launched from Gaza, exploded nearby. In January 2011, he was receiving medical treatment for the eye injury in Egypt when political demonstrations there closed the border with Gaza, trapping him in Egypt. 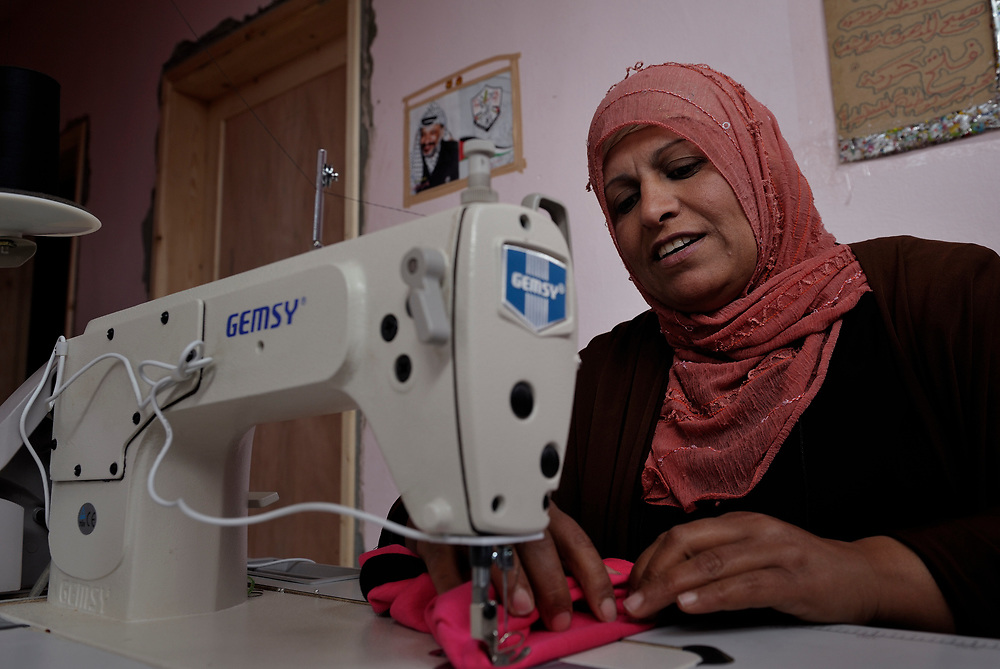