Yue Takada from Japan holds hands with the statue of a teenage girl who symbolizes "comfort women" in the War & Women's Human Rights Museum in Seoul, South Korea. Created in 2011 for the 1000th weekly vigil demanding action from the Japanese embassy in Seoul, the statue, known as Pyeonghwabi, has a bird perched on its shoulder, signifying peace and freedom. A similar statue sits permanently at the demonstration site, within constant sight of Japanese diplomats.

Thousands of women, mostly from Korea, were forced into sexual slavery by the Japanese military during World War II.

Takada visited the museum as part of a seminar on peacemaking for young women from Japan and Korea. The seminary was sponsored by United Methodist Women, the Wesley Foundation in Japan, the Scranton Women's Leadership Center, and the Methodist Theological University. 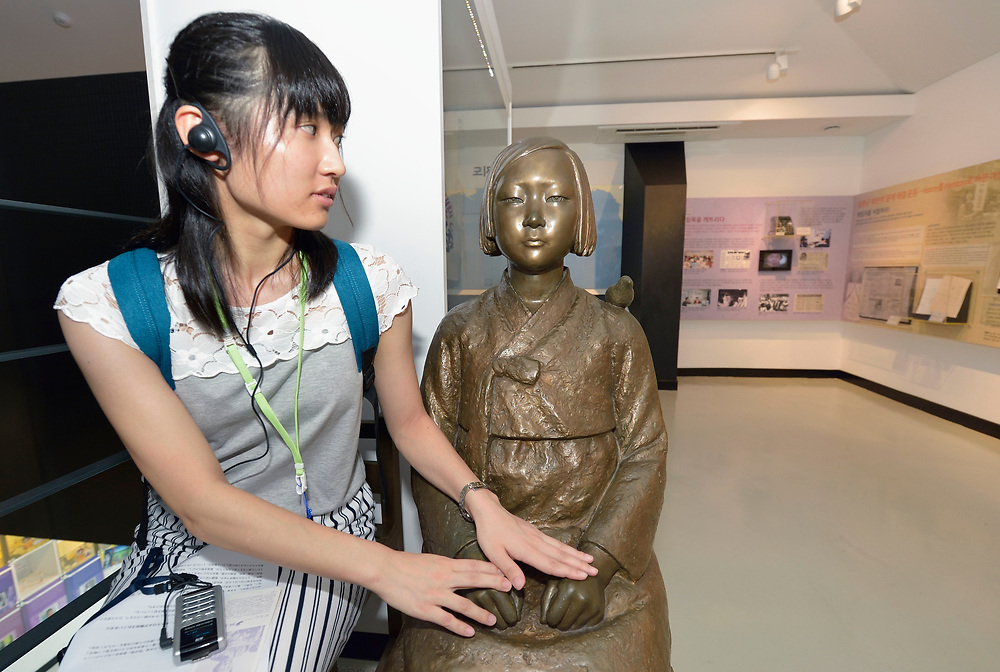