Umu Maiga starts a cooking stove as her one-month old daughter Hosemira rides along on her back in a camp in Mopti, Mali, for families displaced by fighting in the north of the country. Islamist rebels seized control of Maiga's home town of Gao and other areas of the north in 2012, but were chased out in early 2013 by French troops. Many displaced and refugee families have yet to return, preferring to wait for better security and improved economic conditions in the north. 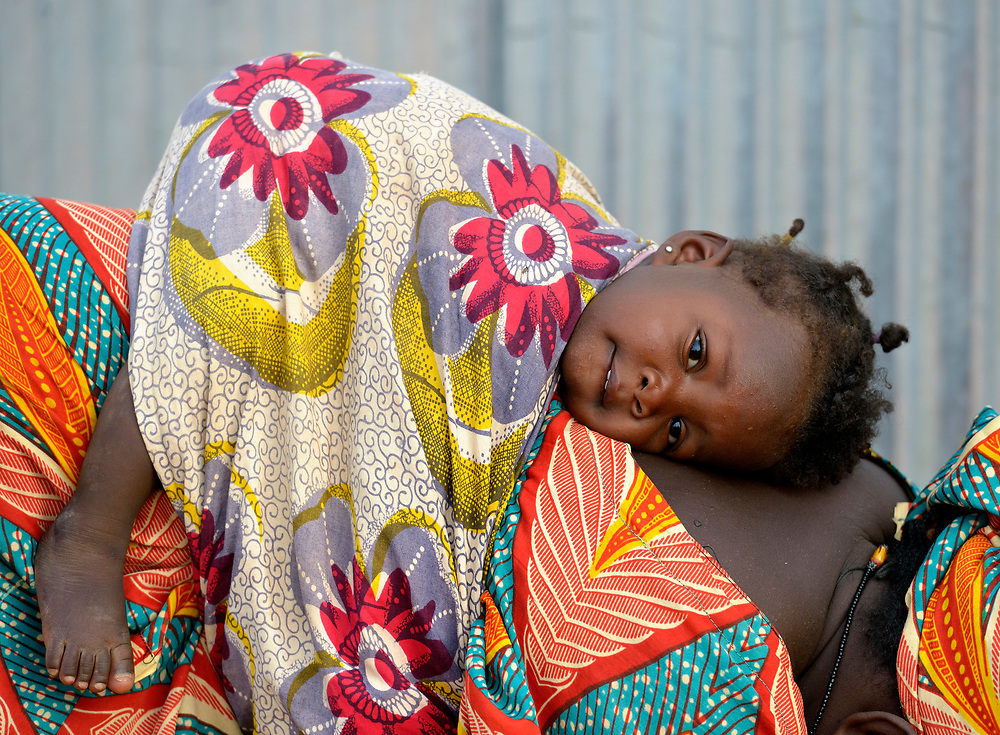