Twelve-year old Iman collects eggs from the chickens in her family's home in Beit Hanoun, Gaza. The house was damaged by Israeli tank fire during the war in 2014, an attack that killed six people in the home next door. The family took refuge in a United Nations school for the remainder of the war, but Iman and her mother walked the five kilometers home whenever there was a lull in the fighting in order to feed their chickens. Only six chickens survived the conflict, but the family has now built that number back to 29 chickens. International Orthodox Christian Charities, a member of the ACT Alliance, has provided the family with assistance, including supplies for the chickens. 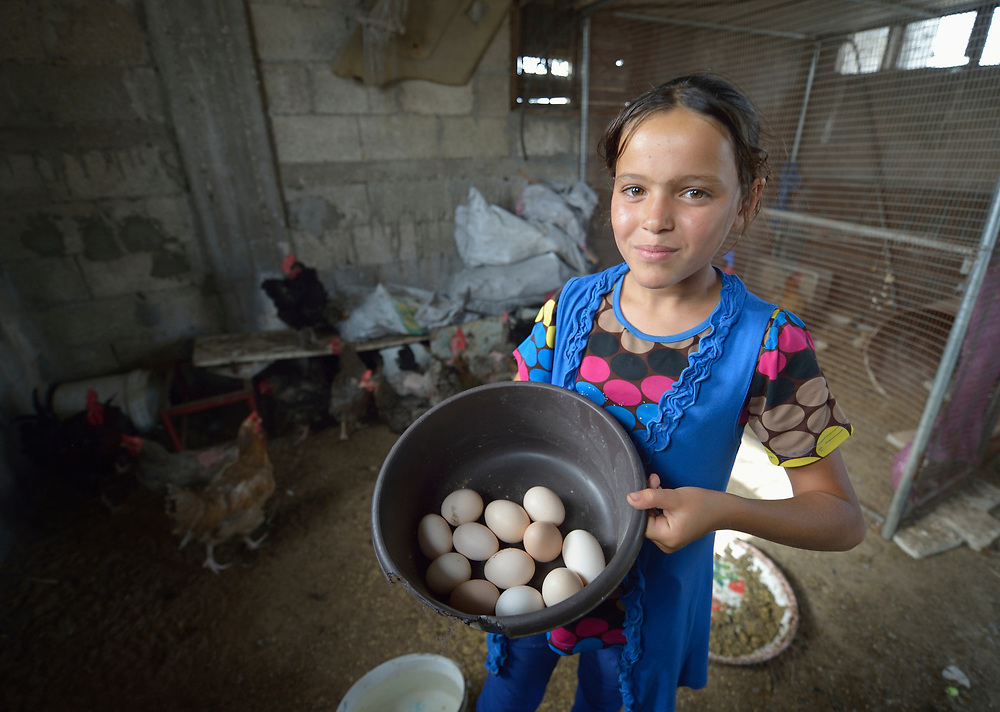