16 June 2017, Nairobi, Kenya: The day opens with a common prayer spoken by a girl from Lampros Educational Centre. Children from Lampros Educational Centre in Nairobi, a school run by the Church of Christ in Kenya, participate in the commemoration of the Day of the African Child, on 16 June 2017. The motto of the school is "Giving children a bright foundation for a bright future". On 16 June, more than 500 people gathered to commemorate the Day of the African Child in Nairobi, Kenya, and to speak up publicly for the rights of children and adolescents living with HIV. Religious leaders from a range of different faith communities and traditions led a march through the streets of Nairobi, from the All Saints Cathedral to Ufungamano House, accompanied by hundreds of youth and young children from local faith-sponsored schools, after which a ceremony was held where the religious leaders committed publicly to work for children's rights to HIV testing, access to treatment, and freedom from stigma and discrimination, to make sure that those who are in need of treatment are also able to stay on treatment. The day was organized by the World Council of Churches Ecumenical Advocay Alliance together with Inerela+ Kenya, with contributions from a range of other partners. At end of the ceremony, the WCC-EAA launched a global Call to Action entitled "Act now for children and adolescents living with HIV", which was signed by the range of religious leaders. 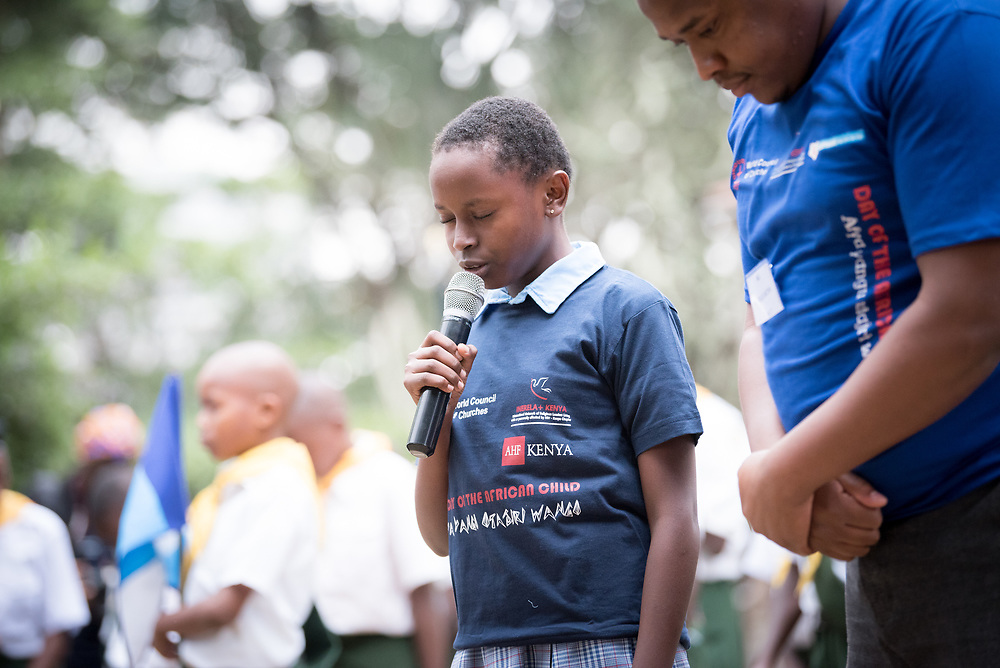