Three-year old Kaban Kon relishes the asida he eats from the stick his mother used to stir the pot in a camp for over 5,000 internally displaced persons in an Episcopal Church compound in Wau, South Sudan. Most of the families here were displaced by violence early in 2017, after a larger number took refuge in other church sites when widespread armed conflict engulfed Wau in June 2016.

Made from sorghum or other grains, asida is a kind of thick porridge or mush, called ugali or other names in other parts of Africa.

Norwegian Church Aid, a member of the ACT Alliance, has provided relief supplies to the displaced in Wau, and has supported the South Sudan Council of Churches as it has struggled to mediate the conflict in Wau. 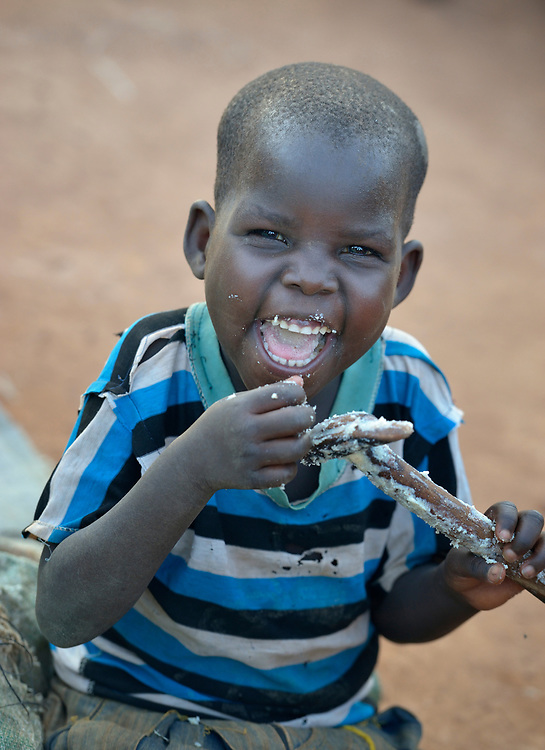