Father Emanuel Youkhana walks through the rubble of a church in Mosul, Iraq, on January 27, 2017. The church belonged to the Ancient Church of the East. According to neighbors, the Islamic State group--which took over the city in 2014--used the building as a warehouse until the final weeks of their occupation, when they awarded the building to a contractor who began to demolish it in order to salvage the steel rebar in the walls. Although this portion of the city was liberated in early 2017, Christians are unlikely to return soon due to concerns about their security in the Sunni community. 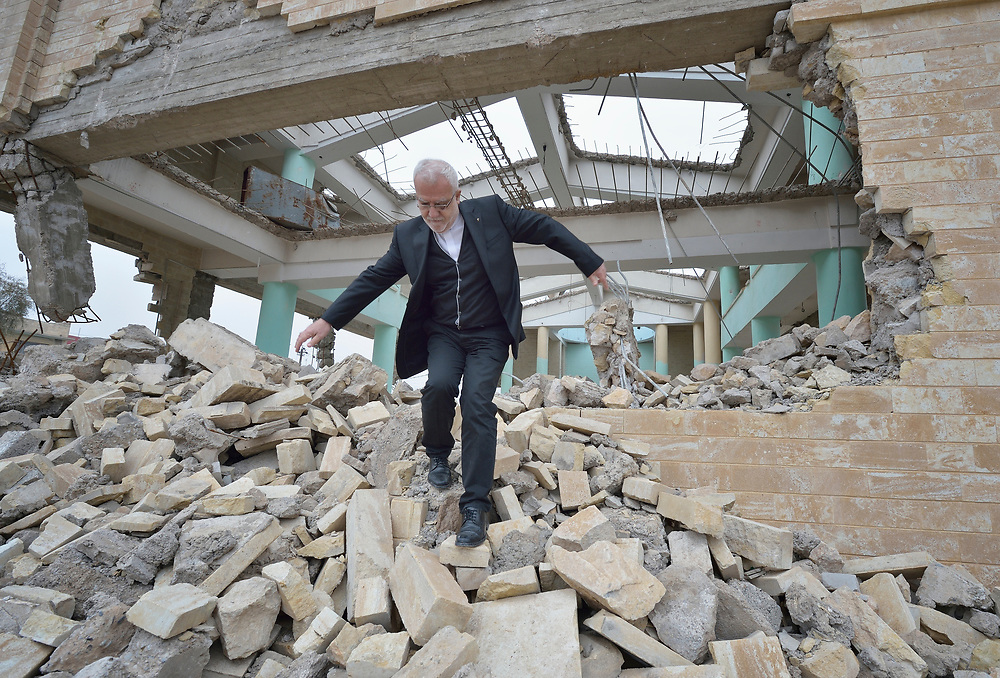