Refugees flee bombing in Sudan for camps in South Sudan

A woman laughs as she carries water through the Gendrassa refugee camp in South Sudan's Upper Nile State. More than 110,000 refugees were living in four camps in Maban County in October 2012, but officials expected more would arrive once the rainy season ended and people could cross rivers that block the routes from Sudan's Blue Nile area, where Sudanese military has been bombing civilian populations as part of its response to a local insurgency. Conditions in the camps are often grim, with outbreaks of diseases such as Hepatitis E. 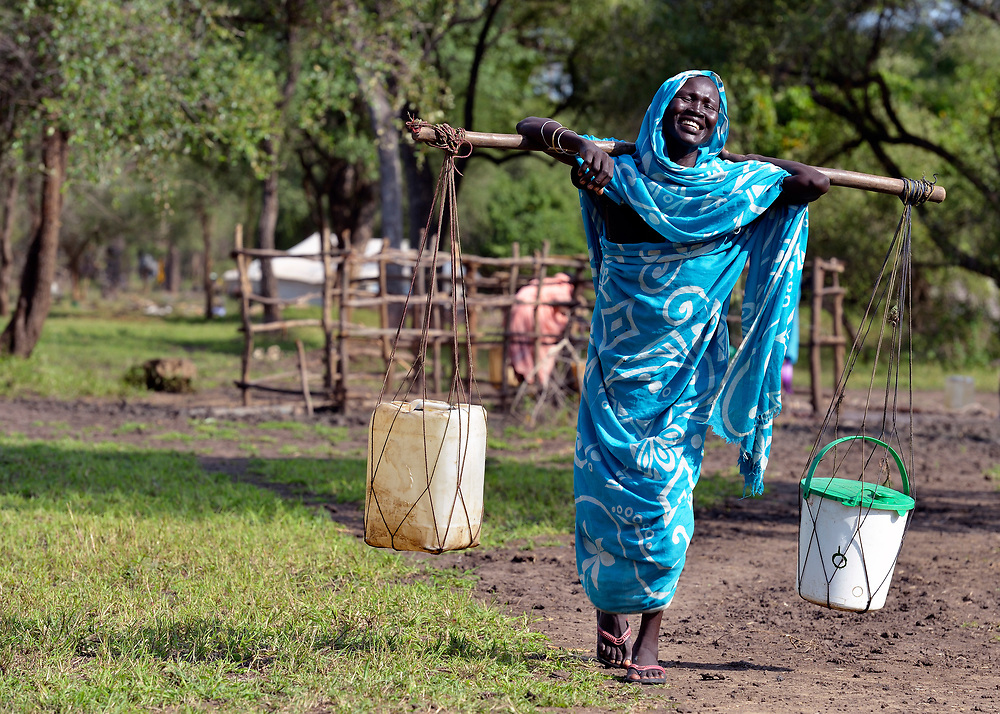