Abdulah Sliman fills his water storage tank in Al Fukari, Gaza. The farmer grows vegetables in several greenhouses, and uses a catchment system to capture the rainwater that falls on the greenhouses. That water he mixes with increasingly saline groundwater he pumps from a well. The system allows him to produce a greater quantity of more lucrative crops, at a greater profit because he isn't forced to buy as much water for irrigation. Sliman and several other farmers in the community received assistance in building the systems from Diakonie Katastrophenhilfe, a member of the ACT Alliance. In the wake of the devastating 2014 war, ACT Alliance members are supporting health care, vocational training, rehabilitation of housing and water systems, psycho-social care, and other humanitarian actions throughout the besieged Palestinian territory. Quality water is growing increasingly scarce in Gaza, as Israel drains the aquifer for its own development, pulling salt water into the aquifer from the west. 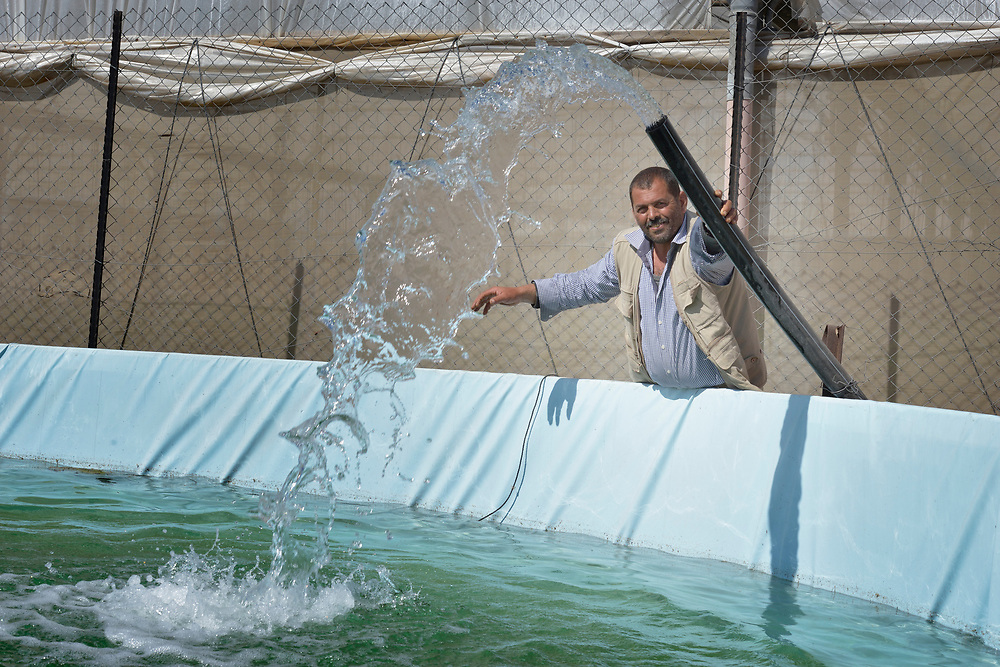