A fisherman pulls in a net at the dock in Gaza City. Under the 1993 Oslo Peace Accords, the people of the Gaza Strip were allowed to fish out to 20 nautical miles from their coastline, yet since the Israeli military imposed a naval blockade in 2007 they have been limited to just three nautical miles. In practice, fishers who venture beyond two nautical miles are shot at by Israeli gunboats; several have been injured and some killed. Despite having 40 kilometers of coastline and a long tradition as fishers, many fishers are unemployed and the people of Gaza are forced to import fish from Israel. And what fishing they can do close to shore mostly involves the harvest of immature fish, which biologists warn has a negative impact on fish stocks in the region.... 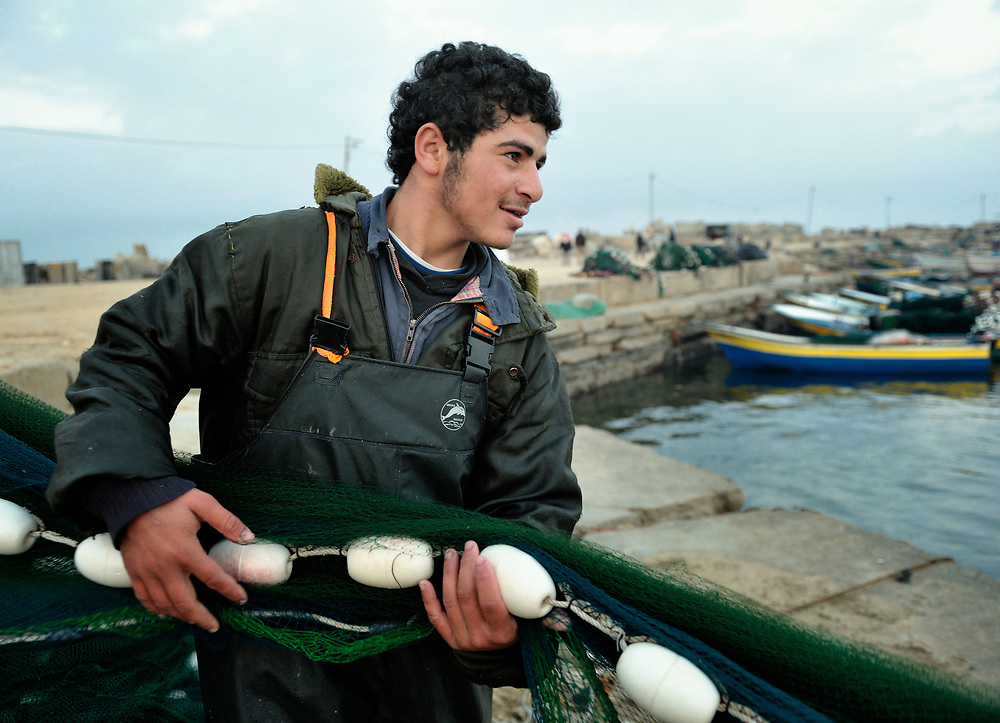