9 April 2017, Stockholm, Sweden: Two days after a lorry was driven into a store in central Stockholm, killing at least four people and injuring many more, a peaceful demonstration for love was held at Sergels torg in central Stockholm, to commemorate the victims of violence, and to join hands for a non-violent future. In gratitude to the Police's efforts immediately after the attack, people dress Police vehicles in flowers, as a way of saying thank you. 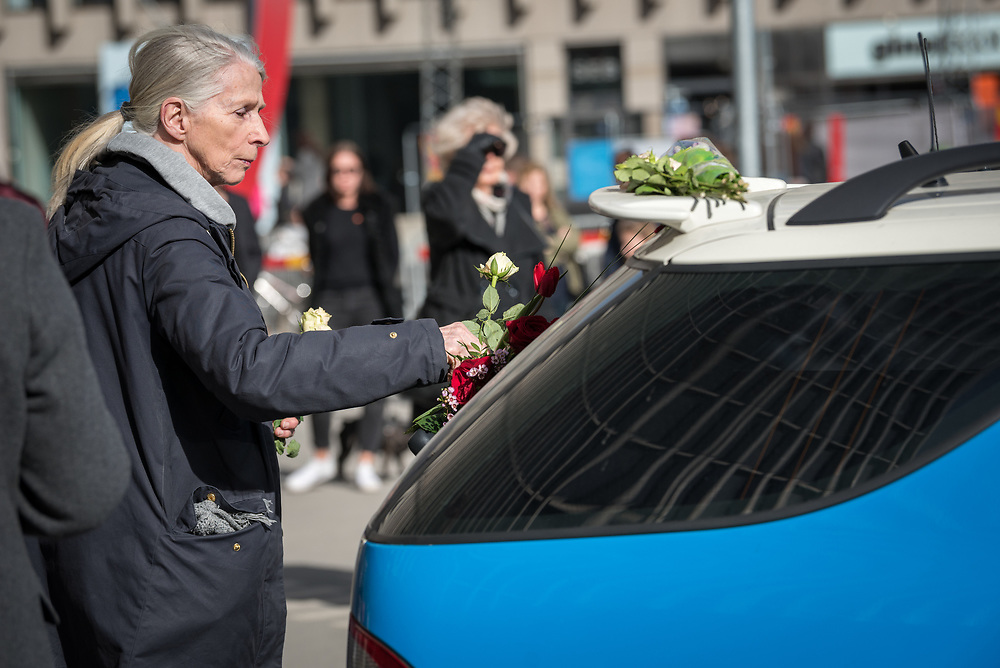