Iraqi soldiers patrol the street in front of a Syriac Orthodox Church in Mosul, Iraq, on January 27, 2017. The city was occupied by the Islamic State group in 2014 and partially liberated by the Iraqi army in early 2017. During their occupation, ISIS painted the front of the church with Islamist slogans, and used the building as a warehouse. According to neighbors, in the final weeks of their rule ISIS leaders sold the building to a contractor who began to demolish it in order to salvage the steel rebar in the walls. Although this portion of the city has been liberated, Christians are unlikely to return soon due to concerns about their security in the Sunni community. 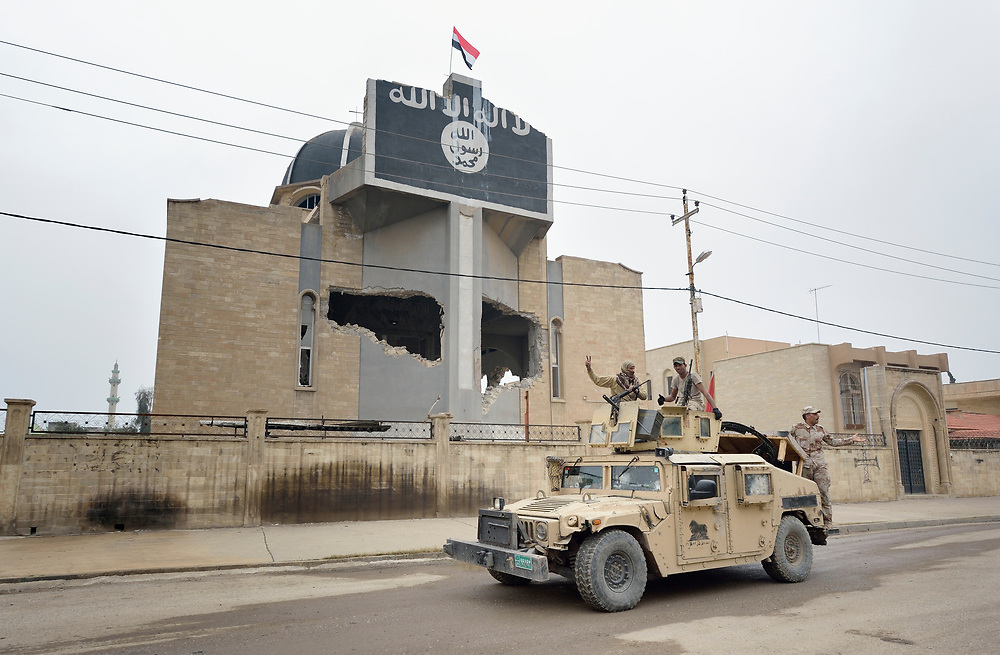