Tombs in the cemetery of the Saint Porphyrios Orthodox Church in Gaza City, Gaza. Fifty tombs in the cemetery were damaged by Israeli bombing during the war in 2014, and International Orthodox Christian Charities, a member of the ACT Alliance, has paid to have them repaired. The church, which was also damaged by the bombing, served as a refuge for 240 people during the war, and as a feeding center for an additional 100 people. IOCC provided the food and other supplies for the displaced families. 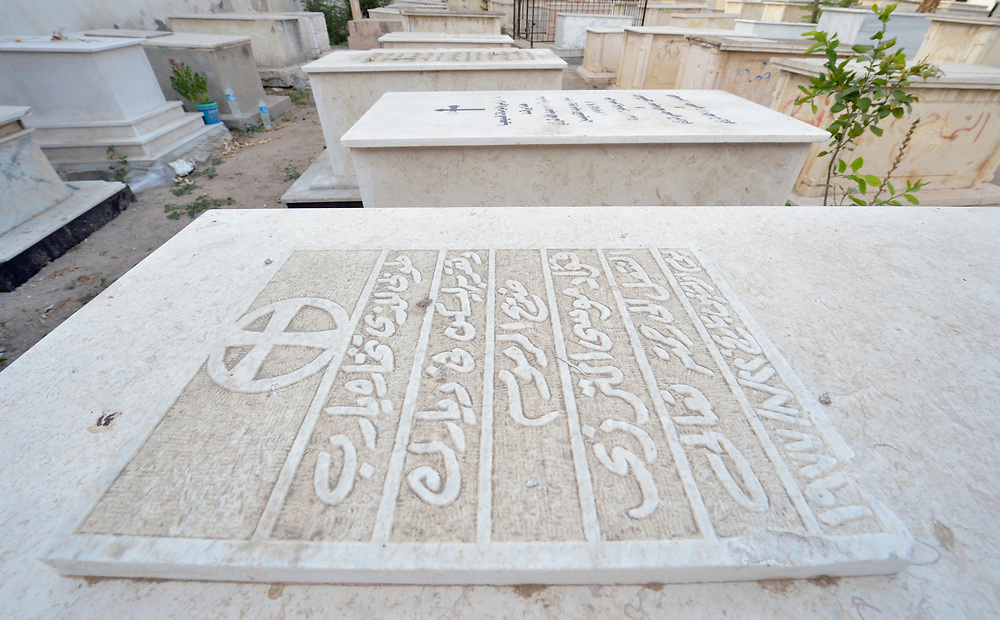