Father Emanuel Youkhana ponders the rubble in a Syriac Catholic Church in Qaraqosh, Iraq, on January 27, 2017. The Islamic State group, which occupied the town in 2014, set up a firing range for target practice in the courtyard of the church. Although the city was liberated in October, 2016, Christians are unlikely to return soon due to concerns about their security. Youkhana is a priest in Duhok of the Holy Apostolic Catholic Assyrian Church of the East. 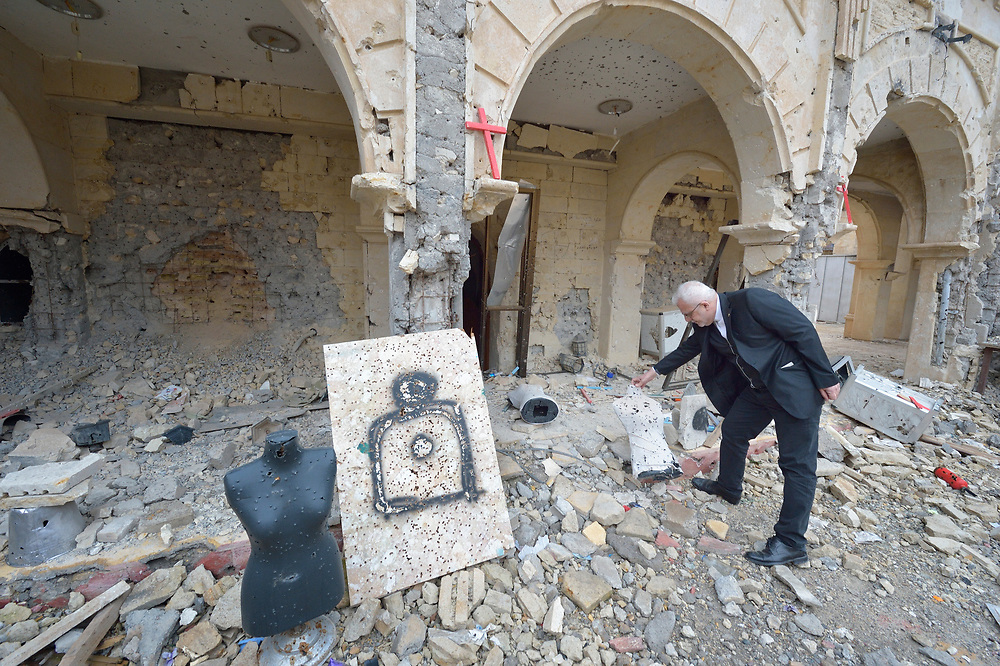