Sister Anahid, a member of the Dominican Sisters of St. Catherine of Siena, shepherds students into a classroom in a primary school she supervises in Dohuk, Iraq. Most of the students were displaced from their home villages when the Islamic State group took over portions of the Nineveh Plains in 2014. Because they came from communities with Arabic curriculum schools, they often don't fit well in schools in the villages where they resettled, because those schools teach in Kurdish or Assyrian. So the religious order started the school, which has students from several faiths, including Islam and Christianity. The Christian Aid Program Nohadra - Iraq (CAPNI) provides transportation for many students to Dohuk from the rural villages where their families have taken refuge. 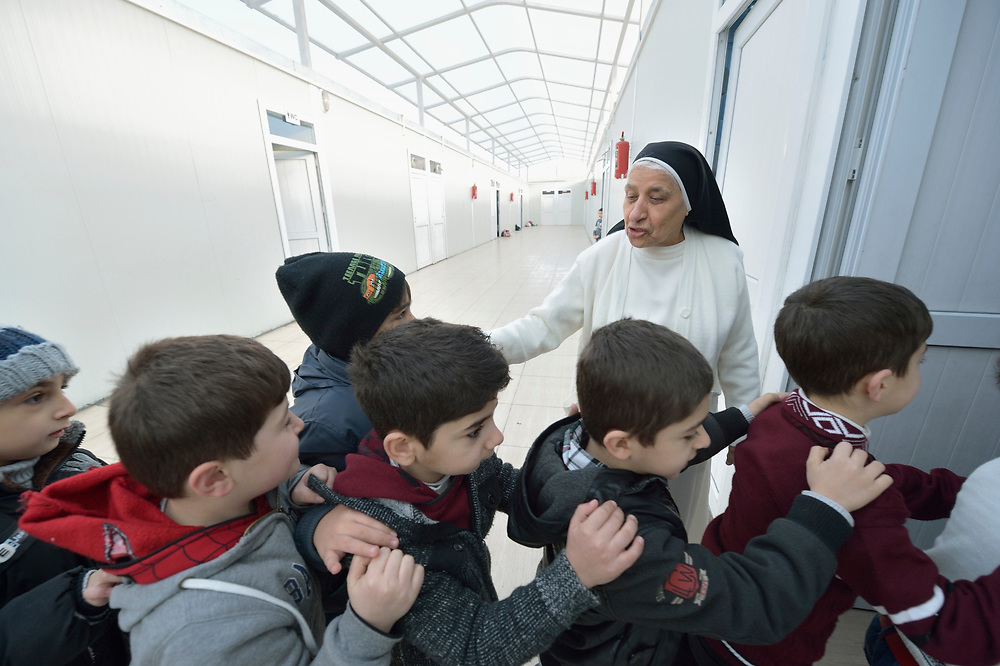