Children wave Iraqi flags to celebrate the partial liberation of their city as they climb on top of armored military vehicles in Mosul, Iraq, on January 27, 2017. The Iraqi army, including elite counter-terror commandos, drove the Islamic State group out of the eastern part of the city in early in 2017. Despite the city's new freedom, Christians are unlikely to return soon due to concerns about their security in the largely Sunni Muslim community. 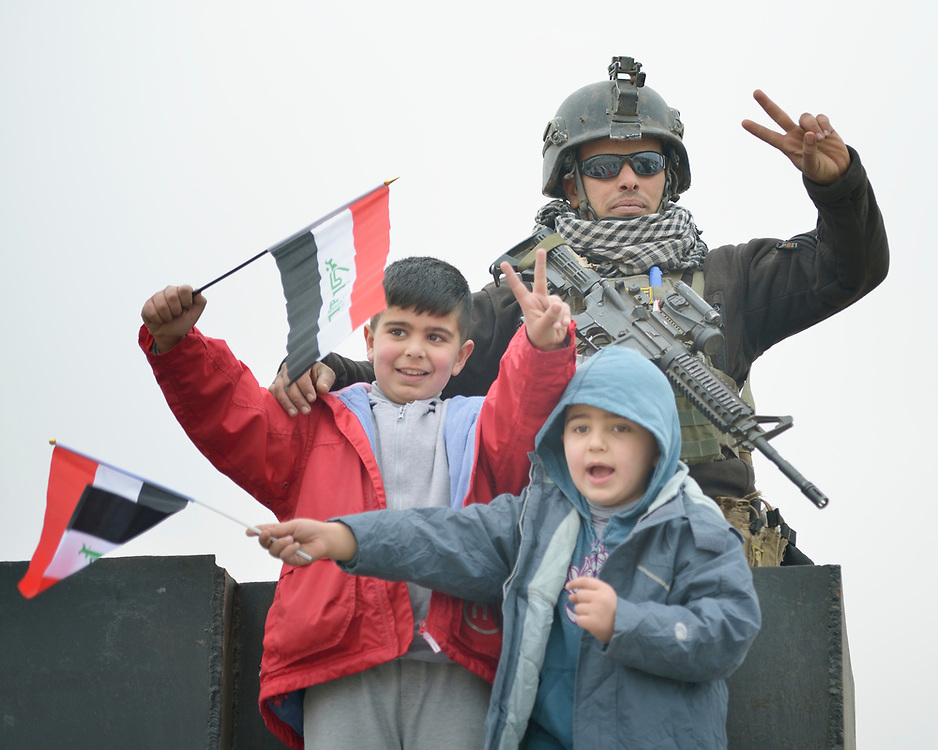