Cardinal Timothy Dolan, the archbishop of New York, blesses Rosa Majeed Nouri in a camp for displaced Iraqis in Dawodiya, Iraq, on April 10, 2016. On the wall is a photo of her son Fawaz, who was killed two months earlier while fighting against ISIS near Telskuf as a member of a Christian militia called the Nineveh Plain Protection Forces.

Cardinal Dolan, who is chair of the Catholic Near East Welfare Association, came to Iraq with other church leaders to visit with Christians and others affected by ISIS.

CNEWA is a papal agency providing humanitarian and pastoral support to the church and people in the region. 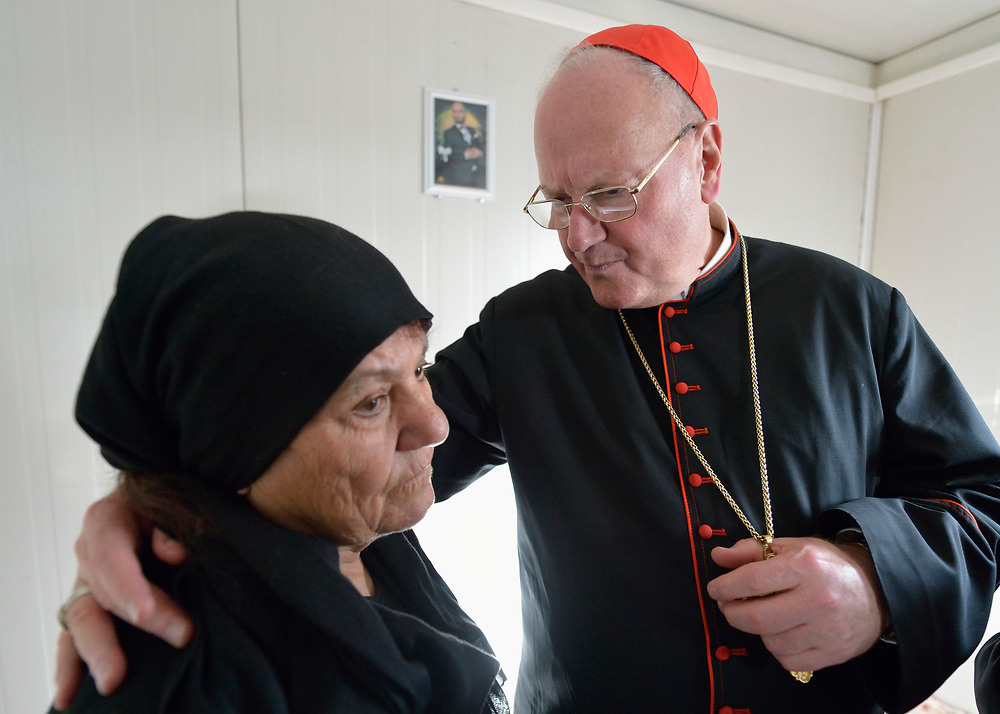