9 December 2017, Oslo, Norway: Some 22 "Hibakusha", survivors from the atomic bombings in Hiroshima and Nagasaki, joined Norwegian representatives the mayor of Oslo, principal of Oslo University, and the head of the Oslo Museum of National History for an event themed "Seeds for Peace" in the Oslo Botanical Garden. As a token of hope, together they planted seeds, as part of the Nobel Peace Prize celebrations in Oslo on 9-10 December. Oslo hosts the Nobel Peace Prize award ceremony on 9-10 December 2017. The prize in 2017 goes to the International Campaign to Abolish Nuclear Weapons (ICAN), for "its work to draw attention to the catastrophic humanitarian consequences of any use of nuclear weapons and for its ground-breaking efforts to achieve a treaty-based prohibition of such weapons". "Peace is more than absence of war," said Oslo governing mayor Raymond Johansen. "We need to look at peace also in a positive way, and governments cannot do this alone. For this, we need also civil society." 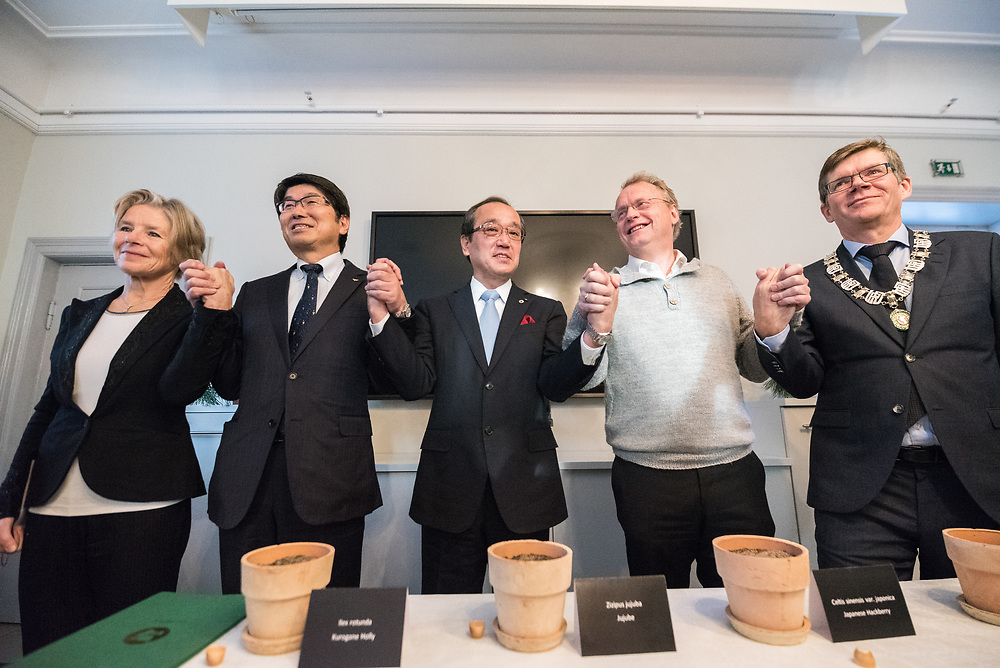