Wael Zahra holds a photo of his wife, Tahrid Zahra, who died in January 2011 after a long struggle with cancer. The Gaza couple battled Palestinian bureaucracy and the Israeli blockade as they sought treatment for her. With the appropriate drugs unavailable inside Gaza, they obtained radiation therapy in Egypt, but that failed to stem the course of her disease. They finally obtained permission for treatment in Israel, but the woman slipped and broke her leg leaving the Gaza hospital. They were unable to obtain an ambulance to transport her, and the couple eventually gave up. Tahrid Zahra died in Gaza's Shifa Hospital. She is survived by her husband and a 13-year old son. 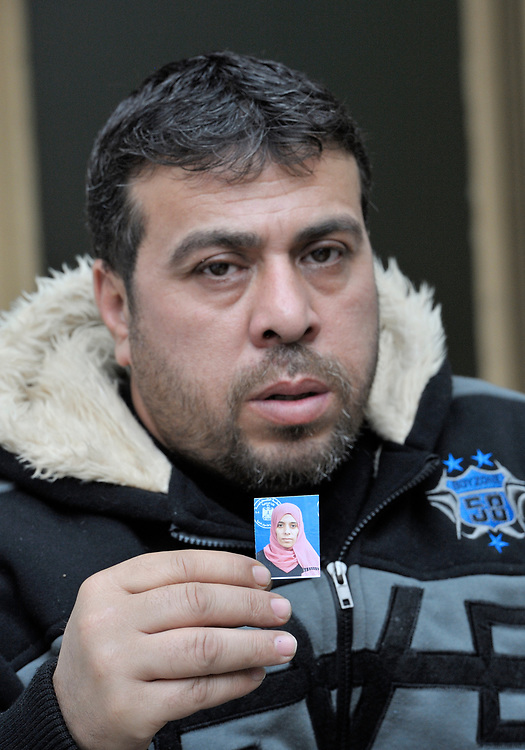