Roaa Sabah kisses places a crucifix on her 10-year old son Behnam as he prepares to leave for school early in the morning from their home in Seje, Iraq. The community was flooded with displaced families when the Islamic State group took over nearby portions of the Nineveh Plains in 2014, including this family, which fled from Mosul to eventually live in a small, manufactured housing unit in Seje. Because Behnam and other displaced children came from communities with Arabic curriculum schools, they don't fit well in local schools that teach in Kurdish or Assyrian, so the Christian Aid Program Nohadra - Iraq (CAPNI) provides transportation for them to Duhok, where they study in schools that meet their needs. 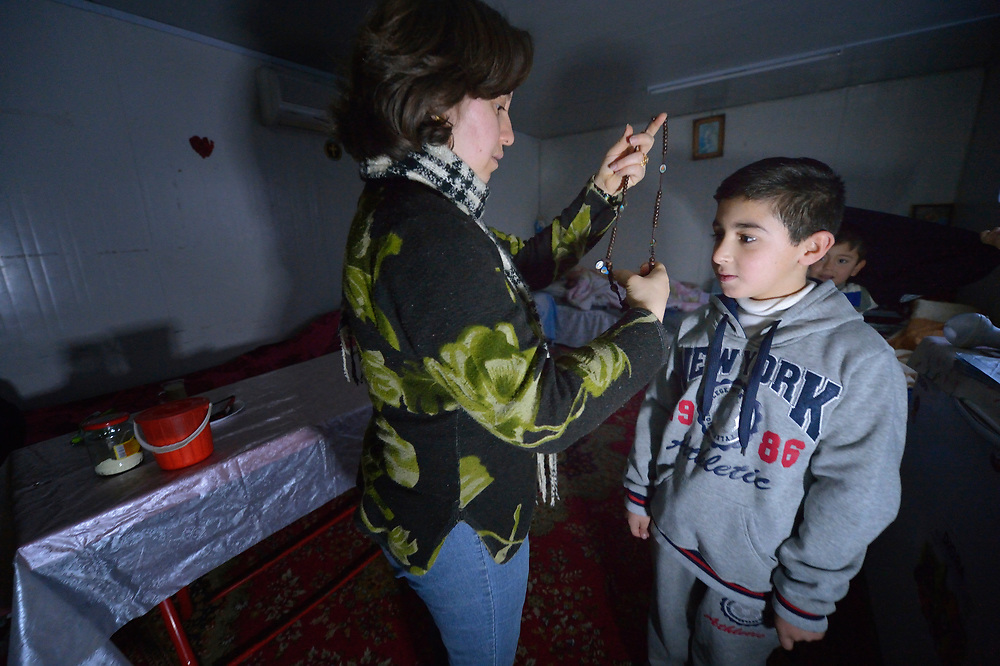