This child is one of several dozen residents of the indigenous village of San Fernando who fled their home on March 14, shortly after the March 5 assassination of Jimmy Liguyon, their baranguay captain. Liguyon was killed by a paramilitary squad led by Aldy Salusad, which was angered by Liguyon's refusal to sign papers ceding the community's land to a large mining company. Convinced they were also in danger from Salusad and his military allies, community members fled to the provincial capital of Malaybalay, where they have set up temporary shelters on the grass in front of provincial offices. They promise not to leave until there is justice in the killing of Liguyon.. 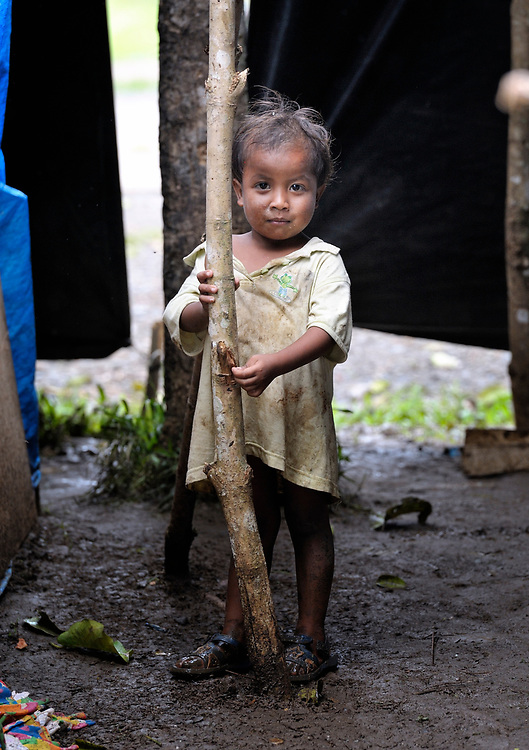