A child looks around while his mother talks with Sr. Ahmad Mathoj in a clinic in Darraj, a neighborhood of Gaza City that was hard hit by the Israeli military during the 2014 war. The clinic is run by the Department of Service for Palestinian Refugees of the Near East Council of Churches, a member of the ACT Alliance, and funded in part by the Pontifical Mission for Palestine.

Health care workers say that since the 2014 war, children in Gaza are plagued with a variety of stress-related illnesses. 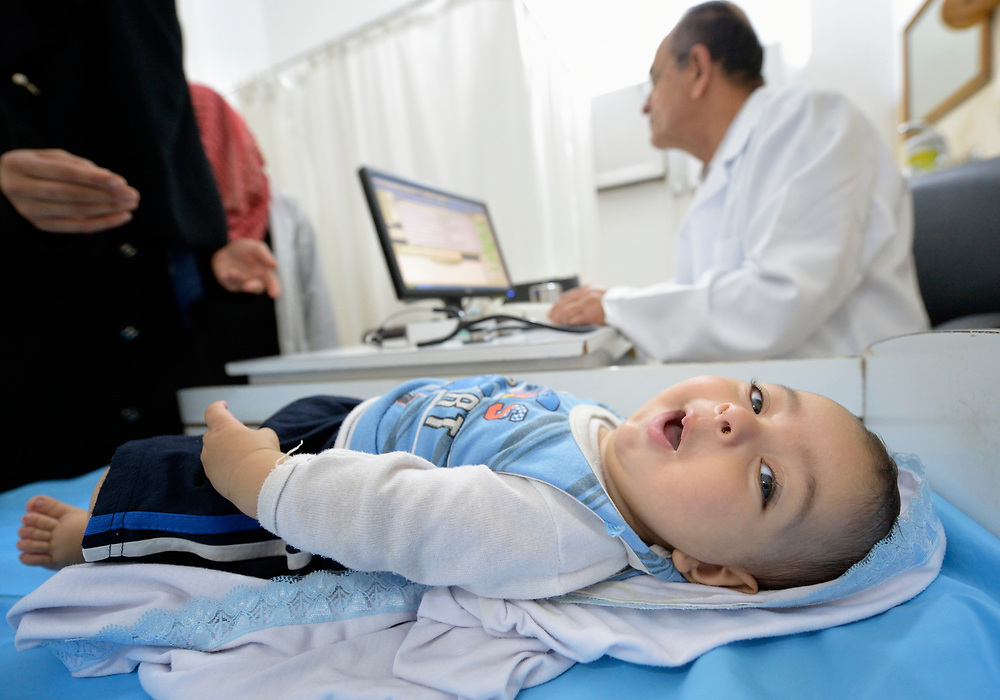