A woman lies unconscious after an encounbter with police as displaced residents of Boeung Lake in Phnom Penh, who were left homeless after the government allowed a private developer to move them out and fill in the lake, attempted to protest in the Cambodian capital on December 10, 2012. They planned to take their protest to the prime minister's office, but police stopped them far short of their goal. Their protest took place on International Human Rights Day. The woman was revived and taken away in a private car. 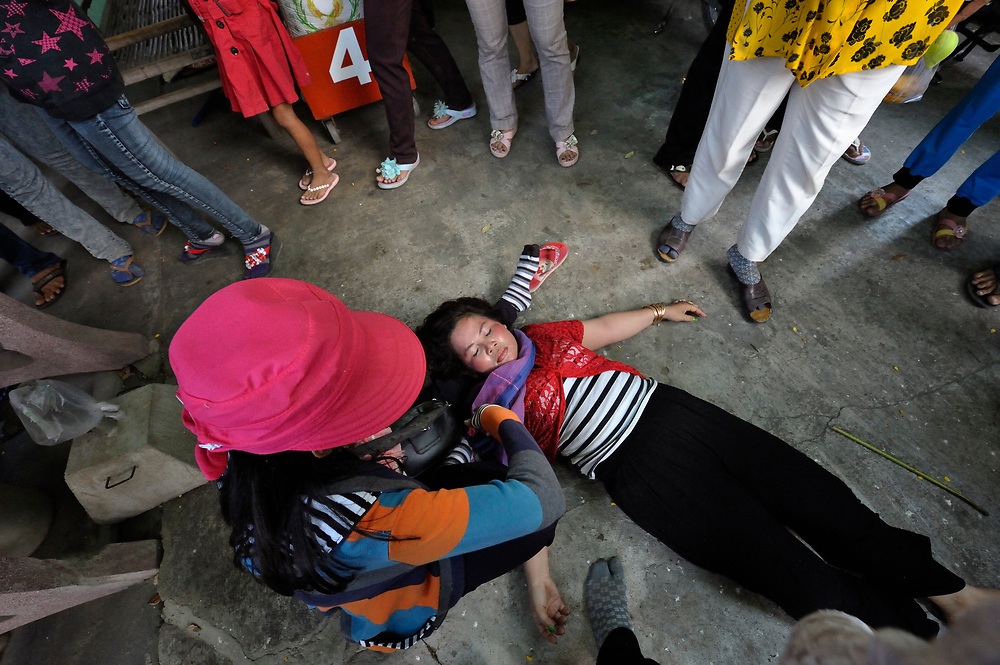