An Afghan refugee was pulled from the water by Spanish lifeguards and rushed to a medical tent on a beach near Molyvos, on the Greek island of Lesbos, on October 30, 2015. He was on a boat full of refugees that capsized on its way from Turkey. The boat was provided by Turkish traffickers to whom the refugees paid huge sums to arrive in Greece. Although his body temperature had dropped to almost 80 degrees, the volunteer medical team on the beach kept him alive, and he was later transported to a hospital in Mytilene. He was expected to survive. 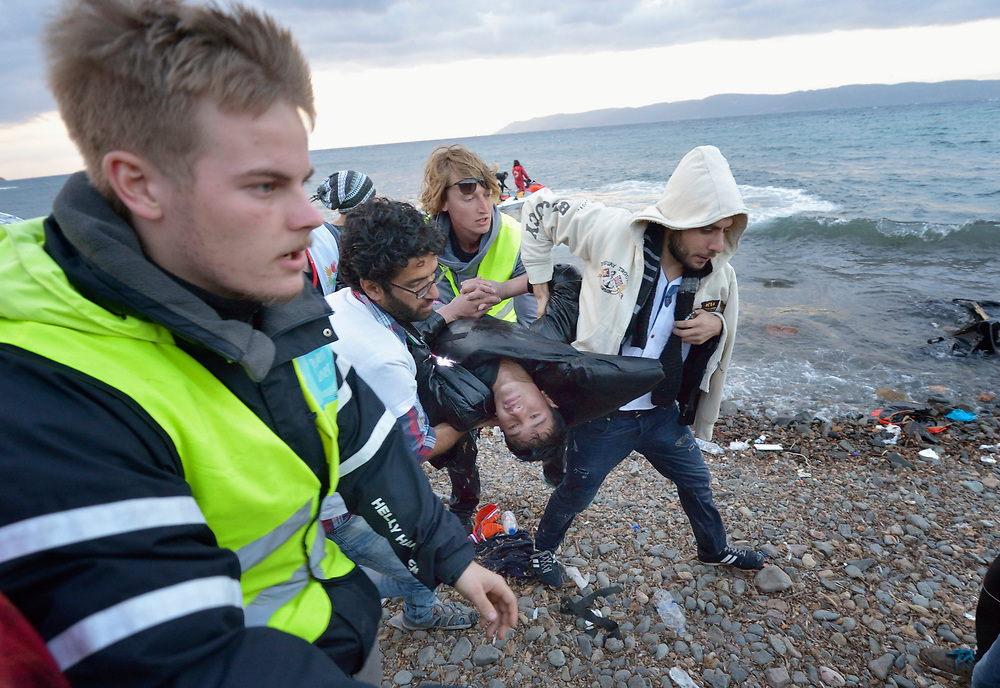