23 August 2018, Amsterdam, Netherlands: Left to right: Archbishop Dr Joris Vercammen from the Old-Catholic Church in the Netherlands; Youth participant Darronell James from CuraÁao; Msgr Yousif Thomas Mirkis, Archbishop of Kirkuk; youth participant Luuk Verstijnen, Netherlands; Msgr Gerard de Korte of the Roman Catholic Church. Hundreds of people gather from across the world for an ecumenical prayer service at the Nieuwe Kerk, a 15th-century church in Amsterdam, to celebrate the 70th anniversary of the World Council of Churches at the very spot in which the organization was founded. Under the theme ìWalking, Praying and Working Together,î pilgrims from all over the world attend the service. 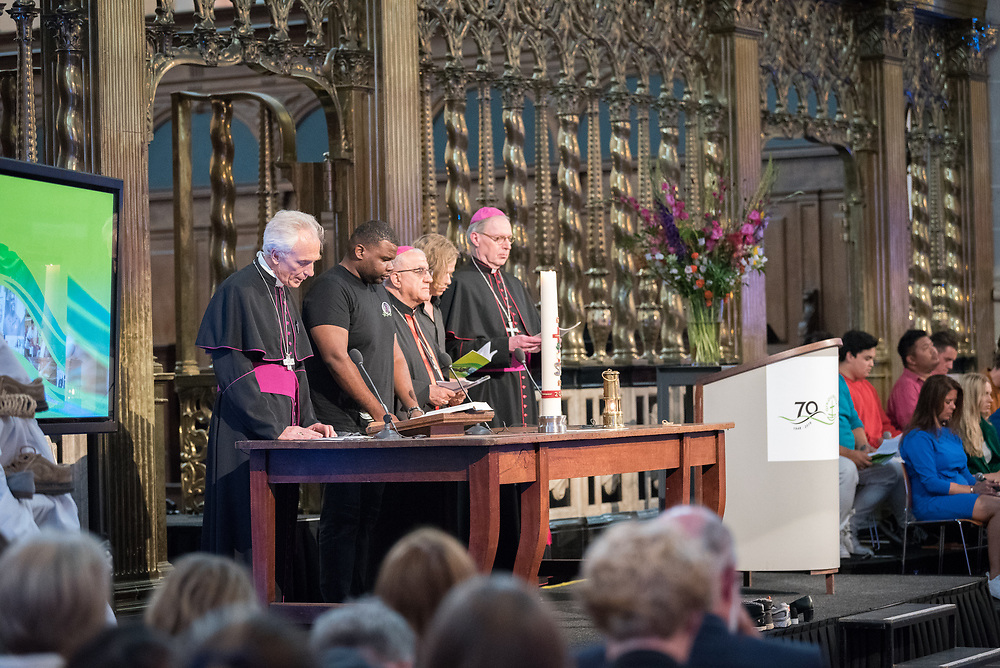