Priest lives with the displaced in South Sudan

Father Mike Bassano, a Maryknoll priest from the United States, visits newborn twins in an Indian Army hospital inside a United Nations base in Malakal, South Sudan. More than 20,000 civilians have lived inside the base since shortly after the country's civil war broke out in December, 2013, but renewed fighting in 2015 drove another 5,000 people into the relative safety of the camp. Bassano, also a member of Solidarity with South Sudan, lives in the camp to accompany the people there. 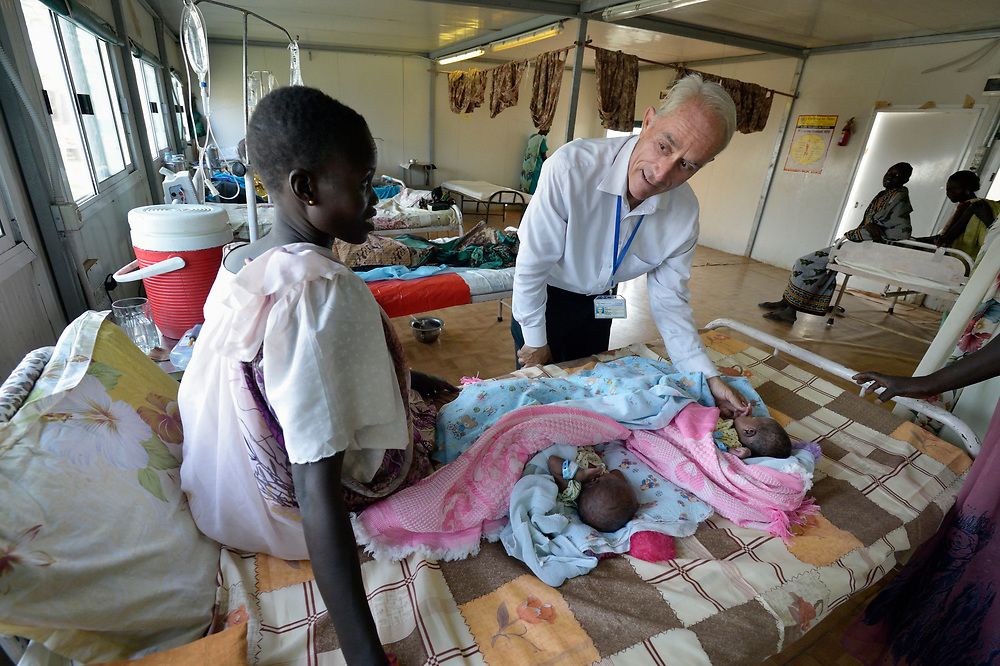