A burned out home

SAINT-MARC - 21 APRIL 2004 - A Haitian couple stands in the charred ruins of their home, burned in February 2004 during fighting between rebels and suporters of President Jean Bertrand Aristide. The woman, Guirlene Armand, said her home was torched by members of Lavalas, Arristide's political party. Pressured by the US government, Aristide left the country on February 29, yet in much of the country chaos remains in the wake of his ouster. 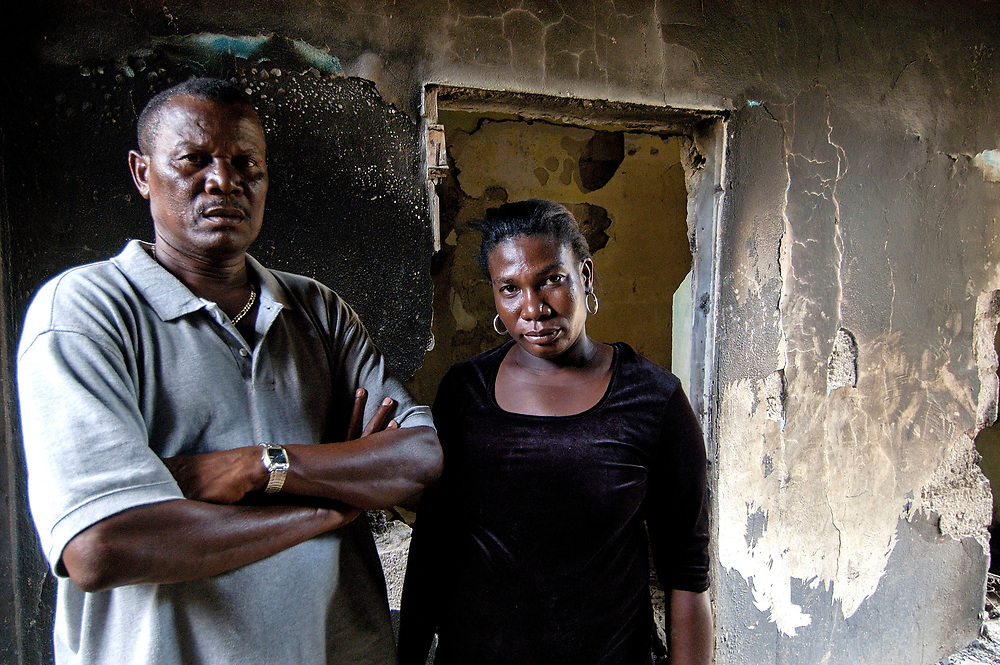