Life in a Peace Community in Colombia

A boy leads a horse in the peace community of San Jose de Apartado, Colombia. In 1997, 1400 war-weary peasants declared they would no longer cooperate with any of the armed parties in the hemisphere’s longest-running war. They paid a heavy price for their witness; more than 200 members of the community have been killed. In 2013, two army generals were indicted for a 2005 massacre in the community, and on December 10, 2013, Colombian President Juan Manuel Santos Calderon, in the name of the state, publicly asked the community for forgiveness. 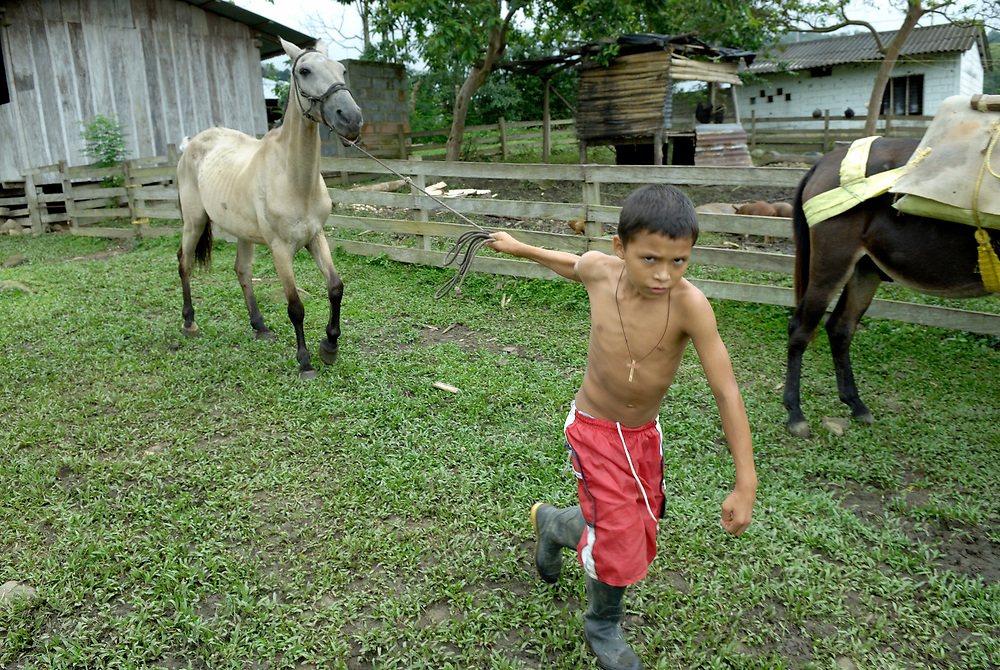