Nor Madit breast feeds her twin children in a camp for displaced people in Melijo, South Sudan, near that country's border with Uganda. Families here fled fighting around Bor, in Jonglei State, in December 2013, but have not been warmly welcomed to this region of Eastern Equatoria State, where two earlier waves of displaced people in the 1980s and 1990s have left relations tense between the newcomers, who are Dinka, and the largely Ma'adi residents around the city of Nimule. The ACT Alliance is helping the displaced families and the host communities affected by their presence, and is supporting efforts to reconcile the two groups. 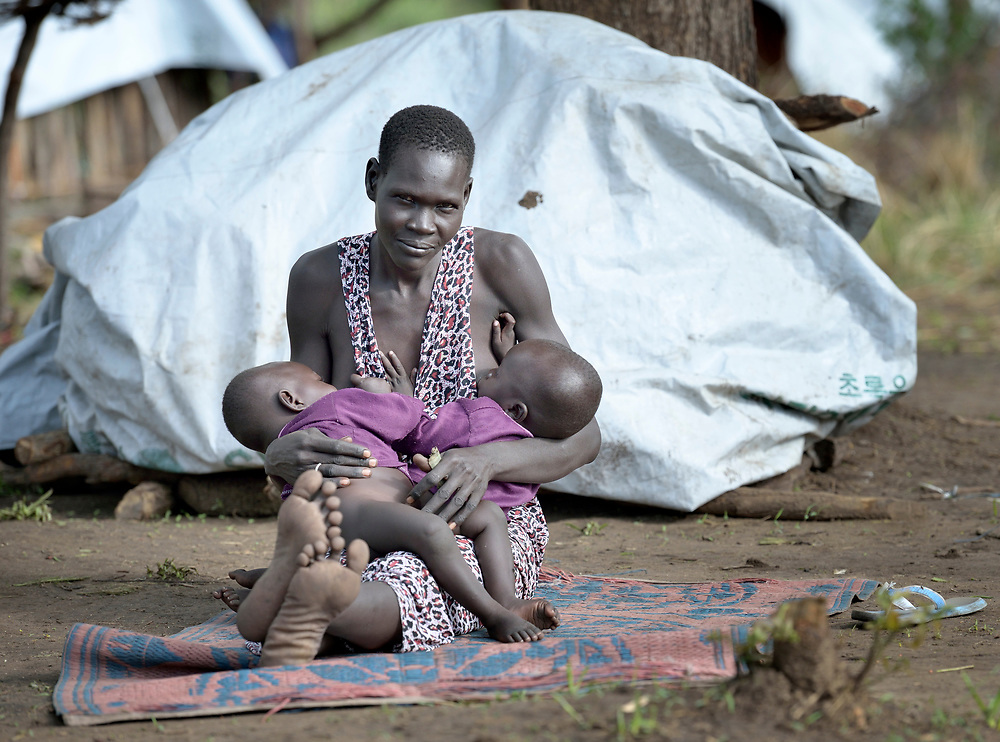