21 June 2018, Geneva, Switzerland: After an Ecumenical Encounter between Pope Francis and the World Council of Churches, Pope Francis says farewell to WCC leadership outside the Ecumenical Centre. On 21 June 2018, the World Council of Churches receives a visit from Pope Francis of the Roman Catholic Church. Held under the theme of “Ecumenical Pilgrimage - Walking, Praying and Working Together”, the landmark visit is a centrepiece of the ecumenical commemoration of the WCC's 70th anniversary. The visit is only the third by a pope, and the first time that such an occasion was dedicated to visiting the WCC. 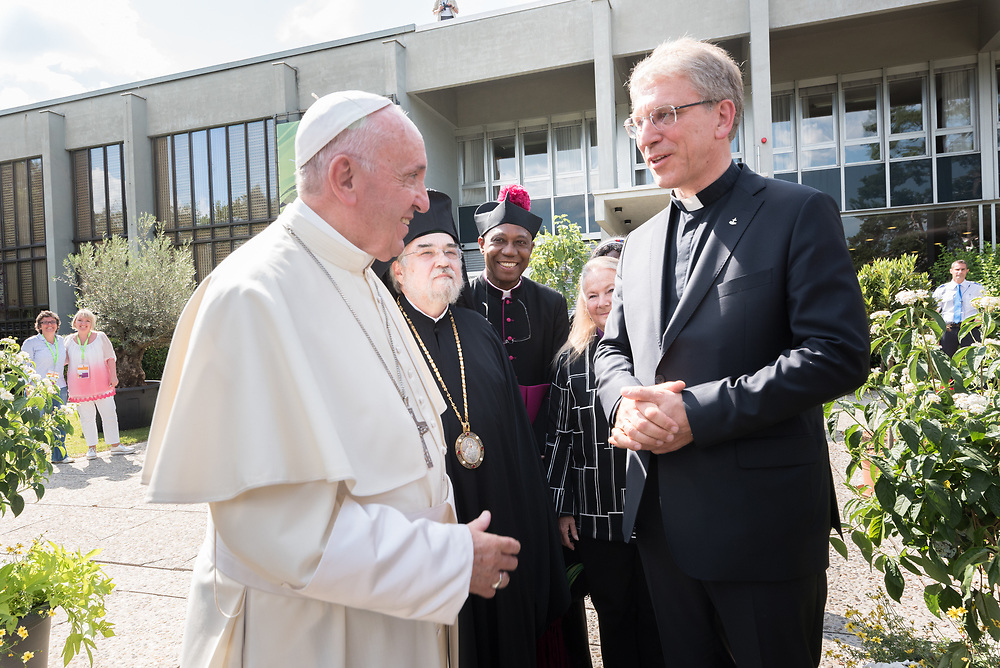